The Speech of Dr. Kwaku Ofosu-Asare, the Executive Chairman of the LOC for Accra 2023, during the ‘Kpojiemo’ 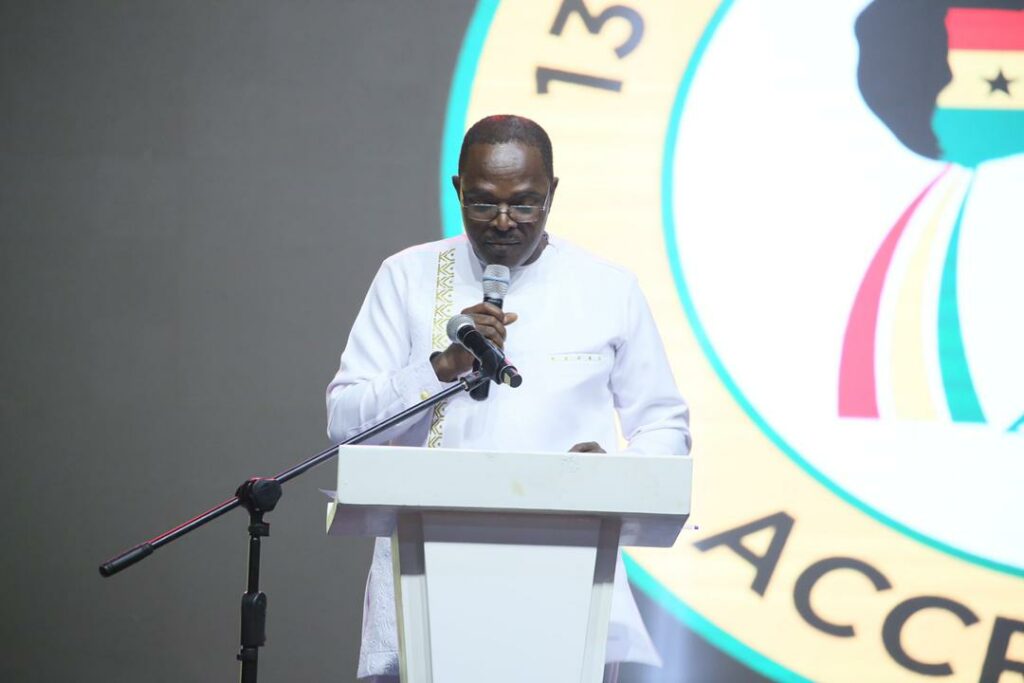 It gives me a great pleasure to welcome you all to such an important event of the LOC for the 13th African Games, Accra 2023 which is the unveiling of our Logo, mascot, and website.

Logo and Mascot: The logo and mascot are the brand and identity of the African Games and by stretch the LOC and African Union. They are therefore the marketing tools for organizing and hosting the African Games. As the Host Nation, Ghana is expected to design a Logo and Mascot that will portray the spirit of the Games.

I will like to bring to your attention the overwhelming creativity of the youth of this country. Choosing the best among the best was not an easy task for the LOC.

A Logo and Mascot Design Competition was initiated through an advertisement in some National newspapers and on several social media platforms in July 2020. Five entries were shortlisted for an intense review after which three designers were invited by the LOC for an interview based on their outstanding designs.

Finally, the two winners the LOC selected had to meet the AUSC to defend their works and were successful in doing that. After the AUSC’s approval in October 2021, we have duly registered the Logo and Mascot with the Registrar General’s Department.

Website: In our current digital world the website plays an important role in the formation and dissemination of news in every organization and in its dealing with the international world. The 13th African Games Website will have all the necessary information and news about the Games, athletes, AUSC, Sports disciplines, and the LOC.

What we Intend to do

Organise competitions at the district regional and national levels from January to May to select outstanding athletes for team Ghana who will be capable of winning medals during the Games.

So far it is only the Government that has provided funding for the Games. The LOC intends to create an African Games fund This fund will enable Ghanaians both home and abroad and Corporate bodies to donate money to financially complement Government’s effort in hosting the Games.

LOC will collaborate with GFA and GHALCA to promote the Games during Premiere leagues and International matches.

God bless You all.