THE PRESIDENT’S LEGACY FOR THE GAMES 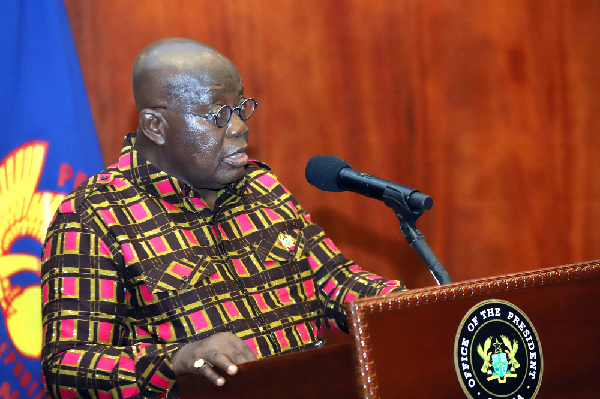 On Monday, 12th October, 2020, Nana Addo Dankwa Akufo-Addo, President of the Republic of Ghana inaugurated the Local Organizing Committee of the 13th African Games, Accra 2023. The President announced that the facilities for the Games will be converted into a University of Sport for Development after the event.

What is Sport for Development and how did it evolve?

Contemporary sport has two dimensions: Sports as an end in itself and sport as a means to an end. Notice sports with an “s” and sport without an “s”.

Sports as an end in itself concerns all activities, infrastructure, policies, strategies, programmes, projects, research, training and competitions that end up in winning medals, trophies, tournaments, championships and games. This dimension of sport is referred to as elite or high-performance sports and it is generally defined as;

“An institutionalized competitive activity that involves vigorous physical exertion or the use of relatively complex physical and mental skills by individuals whose participation is motivated by a combination of intrinsic and extrinsic factors”.

However, Sport for Development as a means to an end is the deliberate use of sport to achieve global, continental, regional, national and individual development goals.

Continentally, it is being used to advance the African Union’s Agenda 2063 – The Africa We Want.

Regionally, it is a major tool to achieve the ECOWAS State.

Nationally, it is used to weld the heterogenous cultures of a nation together. And, individually, it helps in the holistic development of human beings with regard to physical, mental, moral, physiological, social, ethical and spiritual development.

The Sport for Development concept evolved from a growing recognition that a well-designed sport-based initiative that incorporates the best values of sport can be a powerful, practical and cost-effective tool to achieve development objectives. This aroused the interest of the United Nations and other development agencies. Consequently, in the year 2000, the United Nations Inter-Agency Task Force on Sport for Development and Peace specifically, concluded that the fundamental elements of sport make it a viable and practical tool to support the achievement of the Millennium Development Goals (MDGs). While it was realized that sport alone will not allow the world to achieve its MDGs, sport offered potential benefits regarding each of the MDGs. Specifically, sport was linked to;

-The eradication of poverty and extreme hunger.

– Combating HIV/AIDS, malaria and other diseases.

The contribution of Sport was further recognized in the Declaration of the 2030 Agenda for Sustainable Development adopted by the General Assembly in Resolution 70/1 of 25th September, 2015 which emphasizes that, “Sport is an important enabler of Sustainable Development”. The Declaration also recognizes “the growing contribution of sport to the realization of development and peace in its promotion of tolerance and respect and the contribution it makes to the empowerment of women and of young people, individuals and communities, as well as health, education, and social inclusion objectives”.

The UN Inter-Agency Task Force on Sport for Development and Peace recognized the breadth of activities that sport covers and defined sport as:

“All forms of physical activities that contribute to physical fitness, mental well- being and social interaction such as play, recreation, organized or competitive sport and indigenous games”.

Going by the UN definition, sport is a broad phenomenon that encompasses diverse types of activity, organization and participation. It takes many forms and it is not limited to the more obvious well-known mainstream sports but include informal physical activity and diverse forms of local and traditional physical activities. In this sense, traditional games like “Ampe and kyekyekule practiced in Ghana are sport by the United Nations’ definition. Meanwhile, they are not recognized as sports by the international sports federations for the simple reason that they are not institutionalized; they have no governing bodies that are known worldwide; they have no standardized rules and regulations; they have not formalized their skills and have no identifiable uniform and time restrictions.

Sport for development recognizes that all the elite sports we see today originated from play. Play preceded civilization. Before the advent of civilization, primitive people played. Children play. However, elite sports disciplines are outcomes of civilization. They all started as playful activities, then somewhere along the line, some people institutionalized, regulated, registered, managed and commercialized them, and they became sports.

The University of Sport for Development

Almost all universities that run programmes in sports focus on sports as an end in itself. The ‘end’ is judged by the trophies, medals and laurels won at national and international games. The University of Sport for Development to be established in Ghana will offer programmes that focus on sport as a means to an end. The ‘means to an end’ will require the research and study of the use of sport to achieve development goals such as job creation, peaceful co-existence, teamwork, acceptance of rules and regulations, respect for one another and the elimination of social vices such as crime, drug abuse, racism, hooliganism, violence, corruption, cheating, and discrimination.

The University of Sport for Development operates on the awareness that all forms of physical activity, such as indigenous games and elite sports are sport. The difference is that one (elite sports) is developed and practiced worldwide while the other (indigenous games) is localized spontaneous traditional physical activity that need to be developed and promoted worldwide. Consequently, the University of Sport for Development will study, research, develop, organize and promote indigenous games in rural areas, with the aim of imbibing in the rural folks all the values in sport like social integration, cooperation, teamwork, acceptance of rules and regulations, while at the same time, developing the indigenous games into sports, and again, using the developed sports to achieve development goals. What this mean is that, the University will offer programmes that will further develop elite sports and elite performers and use the outcome as a means to an end. For example, the popularity of football in Ghana can be used as a means to keep children in school and to teach life-skills like cooperation and teamwork. Elite sports performers also play a critical role in using sports as a tool for development. By virtue of their achievements and their popularity, elite sportsmen and sportswomen can serve as powerful role models and highly effective advocates. Due to their celebrity status, elite athletes can be used effectively to disseminate public health and educative messages to hard-to-reach groups.

What makes the establishment of the University of Sport for Development in Ghana unique is that, the vision and initiative is that of Nana Addo Dankwa Akufo-Addo, the President of the Republic of Ghana himself who is also, a two-term Co-Chair of the Eminent Group of Advocates for the United Nations Sustainable Development Goals (UN SDGs). This shows the commitment of the President to contribute meaningfully towards the attainment of the SDGs.

The UN SDGs comprise seventeen (17) Goals. Out of the 17, Sport can act as a catalyst for the achievement of the following five (5):

Goal 3: Ensure healthy lives and promote well-being for all at all ages. (Sport promotes health)

Goal 4: Ensure inclusive and quality education for all and promote lifelong learning. (Physical education and sport are necessary for holistic education).

Goal 16: Promote just, peaceful and inclusive societies. (Sport can be used to prevent conflict and ensure lasting peace because of its ability to transcend cultures).

Sport-based programmes and initiatives should be carefully planned, managed, delivered, monitored and integrated with national development policies and strategies in ways that maximize positive outcomes. The University of Sport for Development is expected to do exactly that. The Co-Chair of Eminent Group of Advocates for the United Nations Sustainable Development Goals, Nana Addo Dankwa Akufo-Addo, needs tons of commendation for his vision to establish a University of Sport for Development which is a legacy for Ghana and the world.