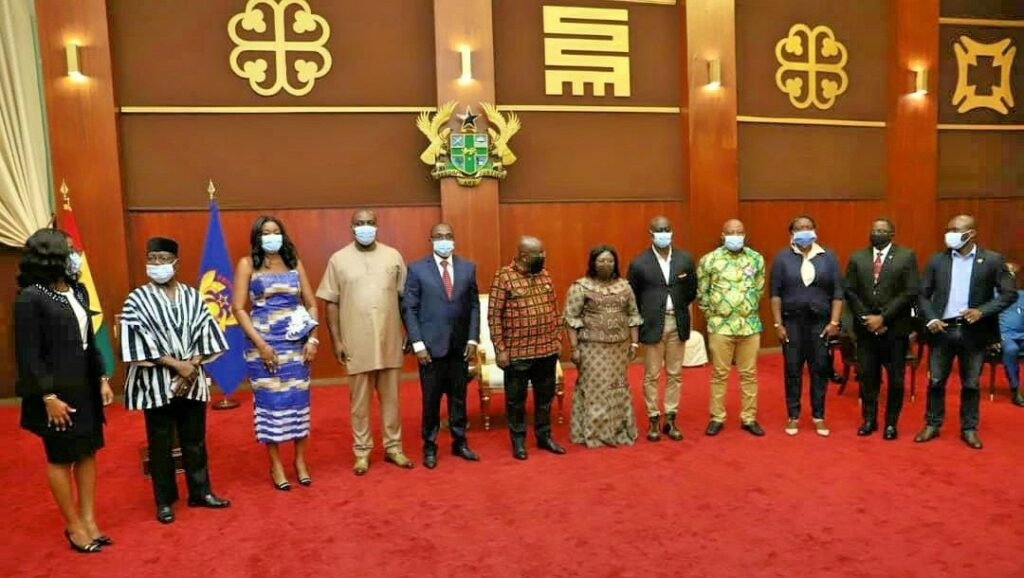 For the first time in the 55-year history of the continental multi-sports competition, Ghana would play host to the Games after it won the bid in 2018 to stage it in the country.

The Committee is chaired by Dr. Kwaku Ofosu-Asare, a lecturer at the Ghana Armed Forces Command and Staff College, sports enthusiast and an Administrator and Human Resource Manager of Ashanti Goldfield Company Limited.

The other members are as follows:
Dr. Mrs. Beatrice Dwumfour-Williams, a Clinical Psychologist and University Lecturer and a Board Member of the National Sports Authority; Ms. Eva Okyere, a Lawyer and Sports Journalist; Ms. Joyce Datsa, a Sports Administrator; Mr. Dan Kwaku Yeboah, a Sports Journalist; Mr. Ahmed Osumanu, a Communication Consultant to the Ministry of Youth and Sports and Mr. Ben Nunoo Mensah, President, Ghana Olympic Committee (GOC).

At a short ceremony at the Jubilee House, Accra, President Akufo-Addo bemoaned the fact that since the inception of the African Games, formerly known as the All African Games, Ghana had never had the privilege of hosting the prestigious event. He said that for a country that blazed the trail and led the movement for the emancipation and the unity of the continent, the situation “was not right and had to be remedied”.

The President told the gathering that soon after he assumed the reins of government, he directed the Sports Minister to prepare Ghana’s bid for the right to host and organize the 2023 African Games.

He congratulated the Minister and his team for doing an excellent job to bring the tournament to Ghana, adding that the hosting of the African Games provides the country with an excellent opportunity to showcase to the world that “Ghana should be a preferred destination for the organization and hosting of international sporting events”. President Akufo-Addo reminded the Ministry and the LOC that, “Now the hard work to deliver a stellar event begins” and urged the Committee to bring its expertise to bear in organizing a successful event.

“I do not doubt that they (LOC) can organize and produce one of the best African Games in the history of the Games and help the country regain its pride of place among the elite sporting nations in Africa.”

President Akufo-Addo announced that Ghana had put together a comprehensive program to ensure the successful hosting of the Games.

“I’m happy to announce that the land has been secured to construct the necessary facilities for the Games, and the procurement process to engage a contractor is ongoing,” he said. Among the facilities to be constructed are a 50,000 capacity Olympic Stadium complex, multi-purpose sports halls for all indoor games, aquatic centers for swimming, and tennis courts.

“It is the vision of the government for sustainability to convert the Olympic sports facilities to be used for the 13th African games into a University of Sport for Development,” he said. In that regard, the Olympic Stadium complex would have an administration block, hostel facilities, bungalows for senior officials, lecture and research facilities, and equipment.