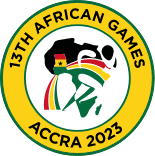 The first two articles focused on the Socio-Economic and Legacy benefits a country hosting the African Games would derive from hosting the Games.

This article will look at how athletes, especially those of the lesser sponsored disciplines, sports officials and their Nations have benefited from hosting the African Games.

When a country gets the opportunity to host the African Games, it aims to win more medals during the Games and therefore invests in its athletes, particularly those from the lesser sponsored sports, sports officials and sporting facilities.

As a result, the athletes and sports officials benefit enormously and the country is positioned to host future International Competitions.

It takes an average of one Olympic Cycle (four years) to produce world-class athletes, especially after they have been exposed to world-class facilities, training and competitions.

For instance, at the African Table Tennis Championship in 1973, Ghana’s Ethel Jacks and Emmanuel Aryee Quaye won gold medals in the women’s and men’s competition respectively as Ghana emerged the overall champion ahead of second-placed Egypt.

NIGERIA
After the 1973 African Games in Lagos, Atanda Musa of Nigeria became a 10-time African champion in a row and was ranked 20th in the International Table Tennis Federation (ITTF) world rankings between the late 1970s and late 1990s. Also, after Nigeria hosted the African Games for the second time in 2003 in Abuja, it produced Aruna Quadri who is the best player in Africa and is currently ranked among the best 14 table tennis players in the world, according to ITTF rankings in 2022.

After hosting the 2003 African Games in Abuja, the popularity of basketball in the country shot up and Nigeria was able to produce top class basketball players who aspired for greatness like NBA legend, Hakeem Olajuwon, who was born in Nigeria but emigrated to the USA where he honed his talents tl become one of the finest players of his generation.
Furthermore, Nigeria went ahead to produce outstanding athletes and can now boast of 28 athletes in the top 100 World Athletics rankings with three reigning world champions.

Egypt became a powerhouse in Handball after hosting the 1991 African Games and was ranked among the best 5 countries in the world. Egypt has placed fourth, sixth and seventh positions in subsequent Olympic Games between 1992 and 2004.

Having hosted international competitions with requisite world-class infrastructure, host countries can also offer some of these facilities as headquarters for African confederations.

It is worthy of note that countries that had hosted the African Games dominate the siting of African sports confederation headquarters in their countries with Egypt, Kenya, Nigeria, South Africa, and Zimbabwe leading the pack. The prominent ones are football (CAF) and African Association of Sports Confederations (AASC) in Egypt; Association of National Olympic Committees of Africa (ANOCA) in Nigeria and Fencing, Swimming and Cricket confederations in South Africa.

The hosting of the 13th African Games Accra 2023 will accelerate the development of the lesser sponsored sports and also serve as a springboard for the athletes to gain international prominence. It will also be a watershed for the Ghanaian sports officials to become major players not only in Africa but Globally.

President Nana Addo Dankwa Akufo-Addo’s legacy of setting up a Sport for Development University will assist in all these and catapult Ghana sports to global prominence.